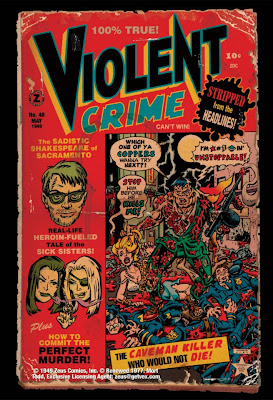 There has been an enormous amount of buzz lately concerning the news of recently discovered "lost" issues of infamous comics company, Zeus Comics.
Once thought by many to be merely myth, despite photos to the contrary, Zeus is the holy grail publishing house for many pre-code/1950's horror,crime etc collectors. Until recently, no extant copies were known to exist, outside of a few hastily (and incomplete!) forgeries.

All that has changed with the discovery of nine titles found inside the walls of a home in Portland, Maine, by artist,editor, and publisher Mort Todd.

Hidden away for decades, these nine single issues represent all we have of this infamous line, and despite their brittle condition, they are among the rarest and most valuable comics , with auction houses beating the doors down to get the chance to be the one that puts them on the market---if , indeed, Mr. Todd decides to sell them. 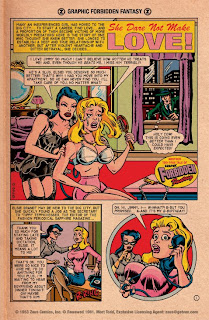 So what does Zeus have to do with Charlton, you ask?  There IS a connection, and a shady one at that!You see, comics were under a lot of scrutiny in the early 50's and Zeus pushed the boundaries further than any other company, with over the top violence and sex that wouldn't be seen again until until the rise of the undergrounds in the late 60's.
Charlton writers, getting the absolute bottom rung pay, were farming out their best ideas to Zeus---with Zeus reaping the benefits.The head honchos were catching wind of this upstart company, and the moonlighting and decided to "make the problem go away".
Much like Charlton, Zeus had their own presses--however the paper and inks they needed was controlled by, you guessed it, the syndicates that Charlton fronted.
In an effort to nip this new threat of an all-under-one-roof venture (despite the fact that they only had a single press and less than a dozen titles) Charlton set about their play at sabotage.
They supplied Zeus with the lowest grade inks which would fade or run. The coup de gras, however was in the paper. The pulp was so highly unstable, that fires were known  to spontaneously break out in the pressroom, warehouses, and loading docks, destroying thousand of comics, and polluting the waters with the chemical run off.
Then there was the late night delivery heists. It is thought that goons hired by Charlton management raided delivery trucks and either burned entire shipments or dumped them into rivers and bays.
In the end, Zeus folded and was but a glitch and faded memory--the US government was cracking down on comics of these types, and really, comics as whole, and with the combined efforts of the US government breathing down their necks, and the strong arm tactics of the mob, Zeus's bills were piling up, and simply could not survive any longer. Facing prison sentences on obscenity charges, the owners destroyed what little stockpiles they had left and went into hiding.

Very little is still known about the company to this day, but Todd has gathered what information he can here: ZEUS COMICS

The only surviving issues are on display for one day only--today!-- at Coast City Comics in Portland ,Maine, if you should choose to check them out (and I highly suggest that you do!). 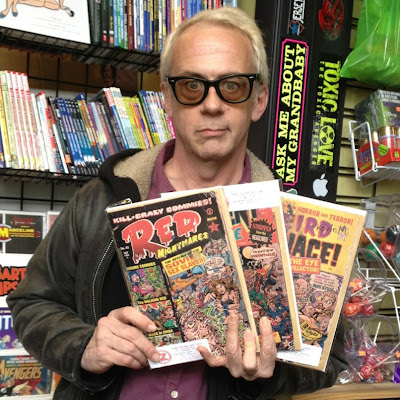 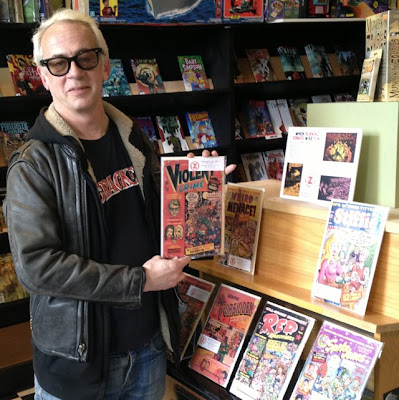 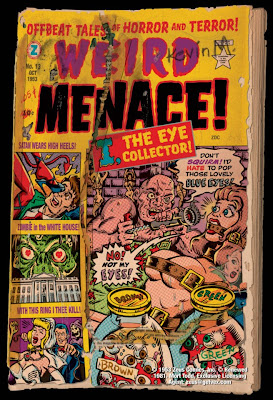