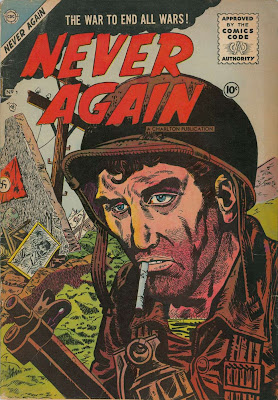 NEVER AGAIN is an odd duck in the Charlton ranks. It appears to have only two issues, number 1--and strangely--number 8!
There is speculation on an issue #2, but it has yet to be confirmed. The numbering jumped around from title to title, becoming Fightin' Air Force for a few issues, and also becoming Soldier And Marine Comics with #9.
Sporting one of Charlton's best covers ever, it's hard to think the artist (unknown) had not seen his share of wartime duty.
The stories are held together with a host, The Unknown Soldier, and covers ample ground from Us v Native Americans, the 100 Years War, and the recently ebed Korean Conflict.
No artist information is given at the GCD, but the lead story , "The Beginning Of The End" has the hallmarks of Bill Draut.I also see elements of Vince Alascia in the final story, but am more unsure of that one. Any info anyone may have regarding the artists in this issue would be very welcome! 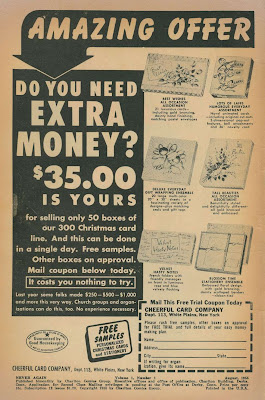 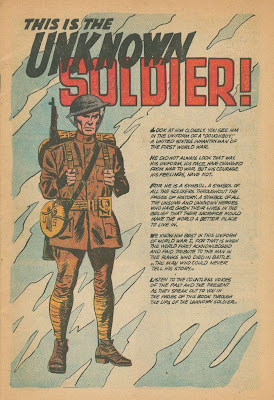 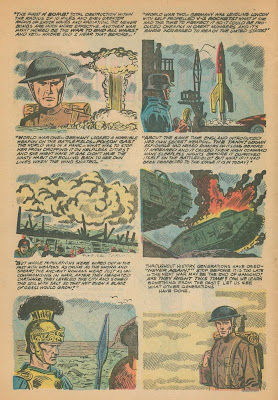 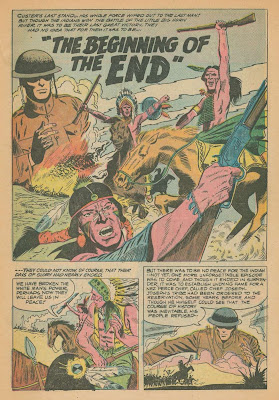 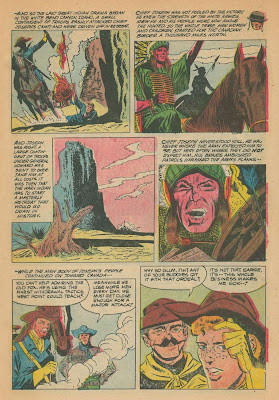 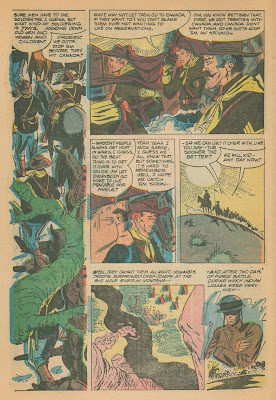 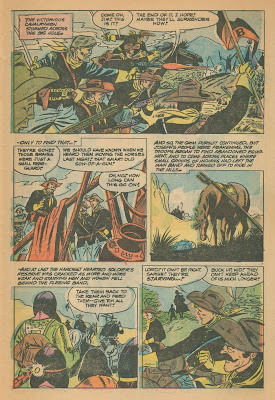 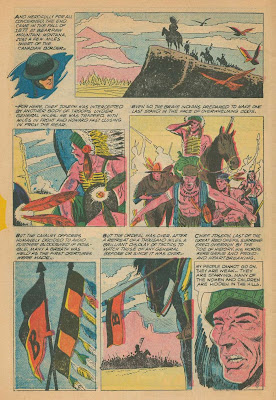 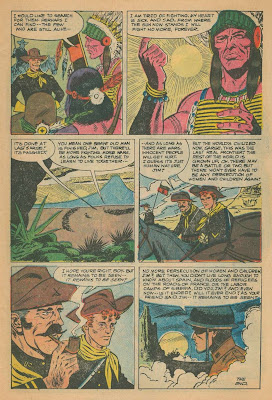 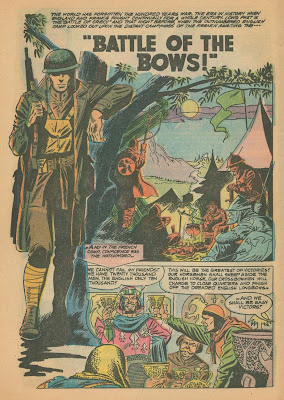 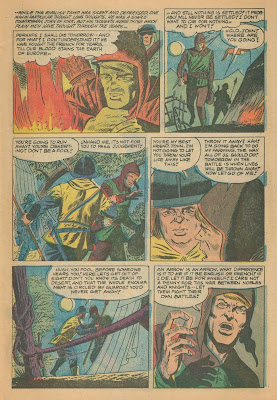 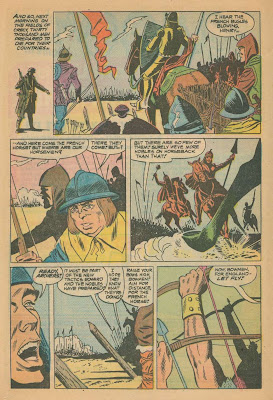 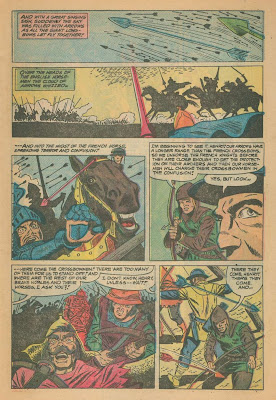 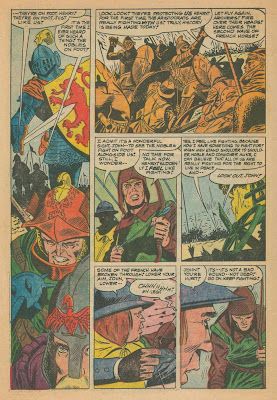 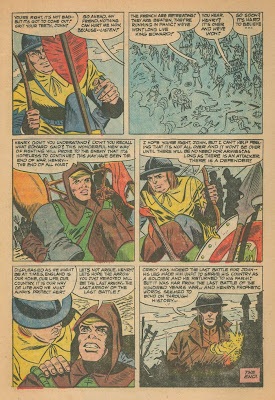 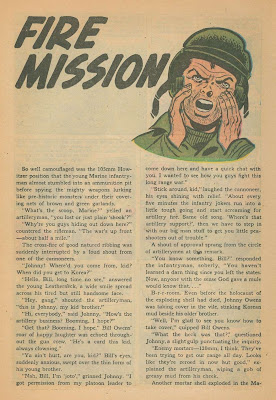 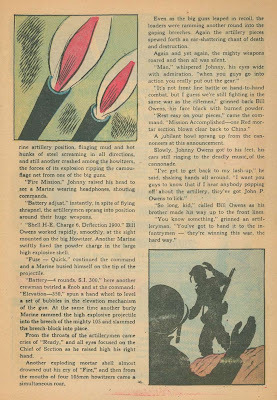 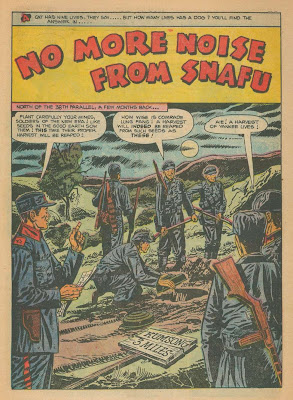 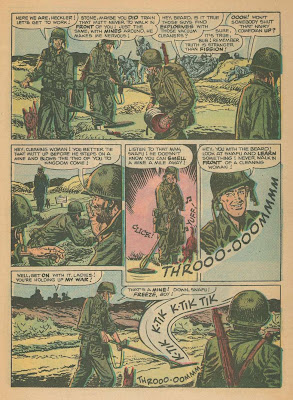 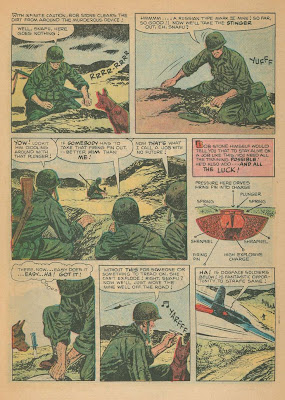 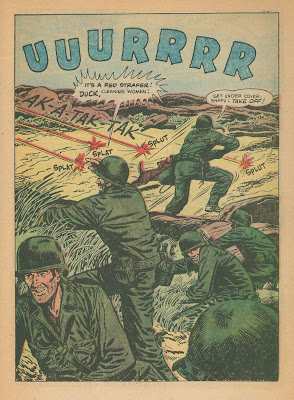 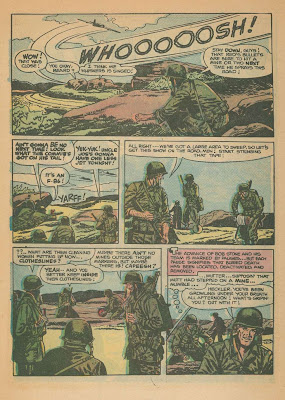 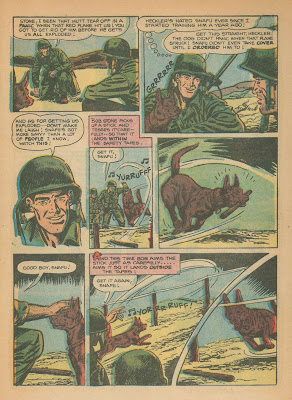 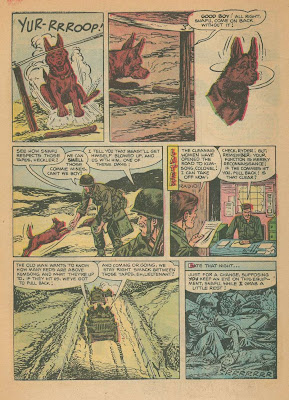 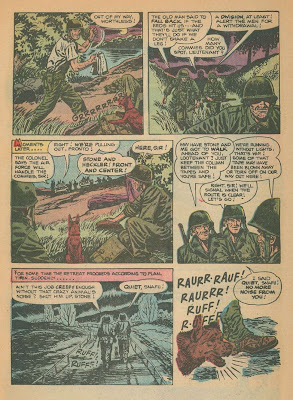 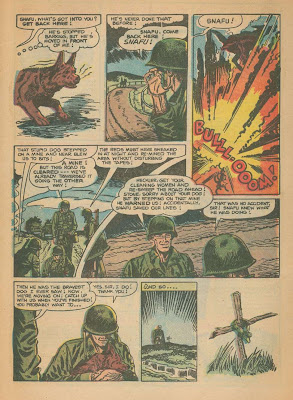