After taking a whopping nine months hiatus, Charlton returned to the comics fold in September 1985.
Their re-luanch titles that month consisted of just four books, and once again they turned to mining the well of reprints. Each title sports the tag-line "A CHARLTON CLASSIC!"

An obvious choice was Doctor Graves, perhaps the most visible and recognized of their horror hosts.

Utilizing the cover to THE MANY GHOSTS OF DR. GRAVES #1, is DR. GRAVES #73, albeit in a much different fashion. The rather long text in the original speech balloon has been truncated , and the case files have been removed and replaced with an illustration of a spectre. The coloring, too, has been altered to an almost blindingly bright yellow from the original dark and atmospheric version--perhaps to better catch the passerby's eye when looking at the comic rack. Reprint stories are culled from The Many Ghosts Of Dr. Graves #'s 18,20,and 46. 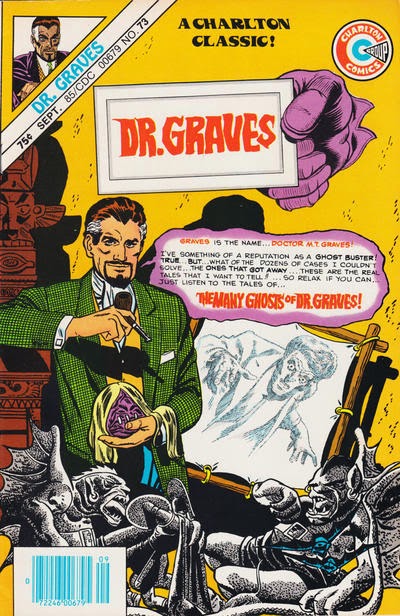 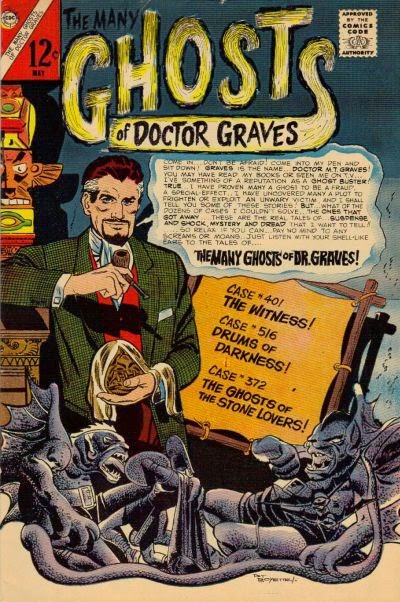 Funny animals were once again represented by the returning ATOMIC MOUSE, again getting the renumbering treatment with a #10. The cover is a reprint of Atomic Mouse #6 (1953 series), and again the coloring has been altered to a much brighter register. Oddly, although the cover is from #6, the inside stories are from Atomic Mouse #3. 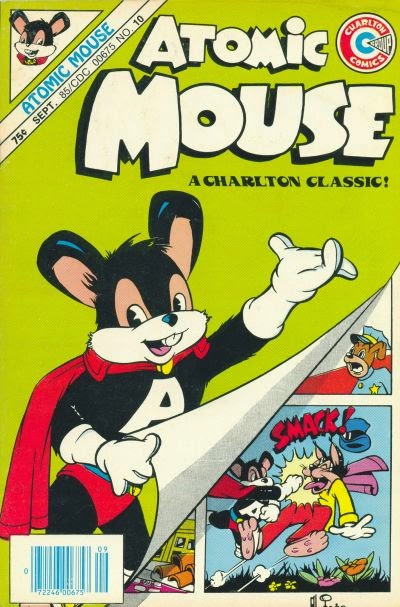 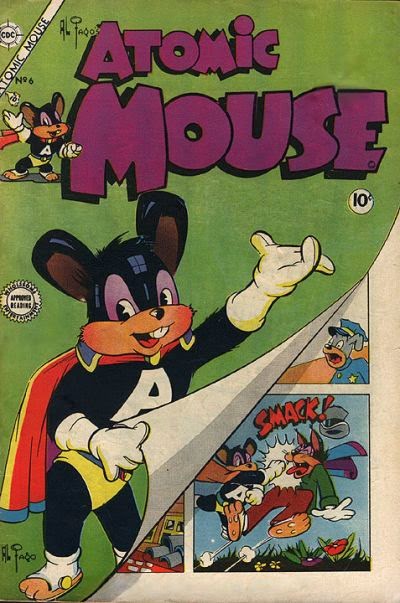 Humor again is represented in the form of TIMMY THE TIMID GHOST #24. The cover is reprinted from Timmy The Timid Ghost (1956 series) #7, and in a turnabout, the original cover is has a brighter, more eye catching color scheme. 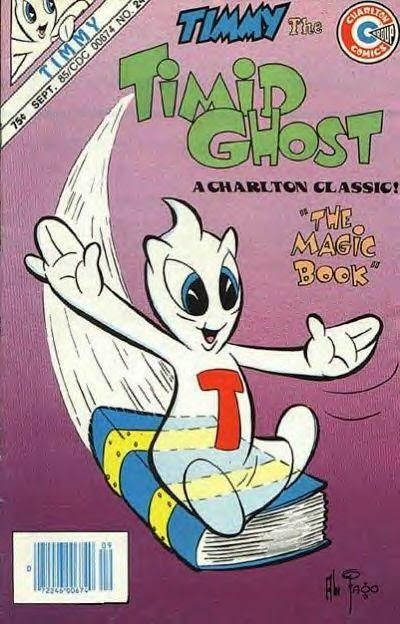 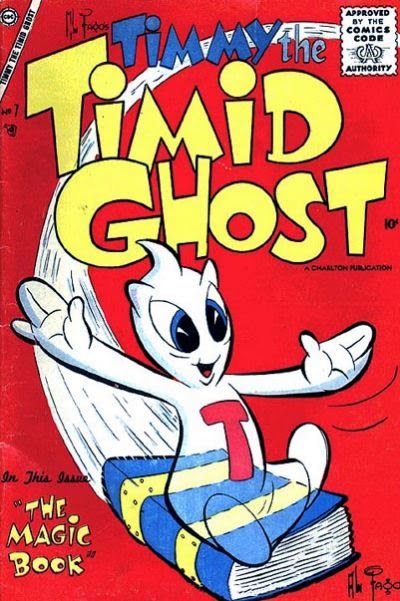 The fourth and final title of the relaunch was Warren Sattler drawn kung fu western YANG. Yang was one of their more outstanding efforts of the 1970's with some of the most well written stories and truly some incredible artwork. YANG #15 is reprint of the Yang #1 in it's entirety, and is the standout issue of the relaunching. 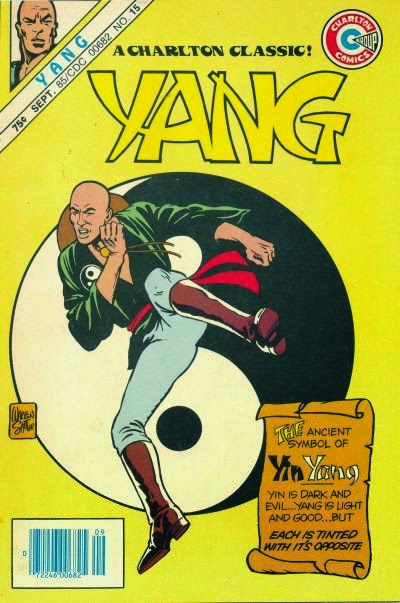 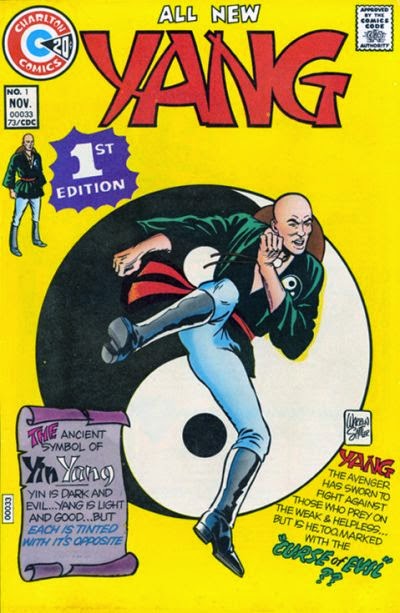 A newsletter of sorts called The Charlton Communique accompanies these titles. The news talks of Steve Ditko's return, and his new project STATIC, and new covers for Tales Of The Mysterious Traveler (which sadly never materialized), and new artwork from Chris Browne, Milton Knight, Tom Christopher, Rick Davis and Sam Grainger, Brad Mielke, and Steve Erwin. Unfortunately most of these new projects never got to fly.
Take a minute to read the newsletter below for the full details. 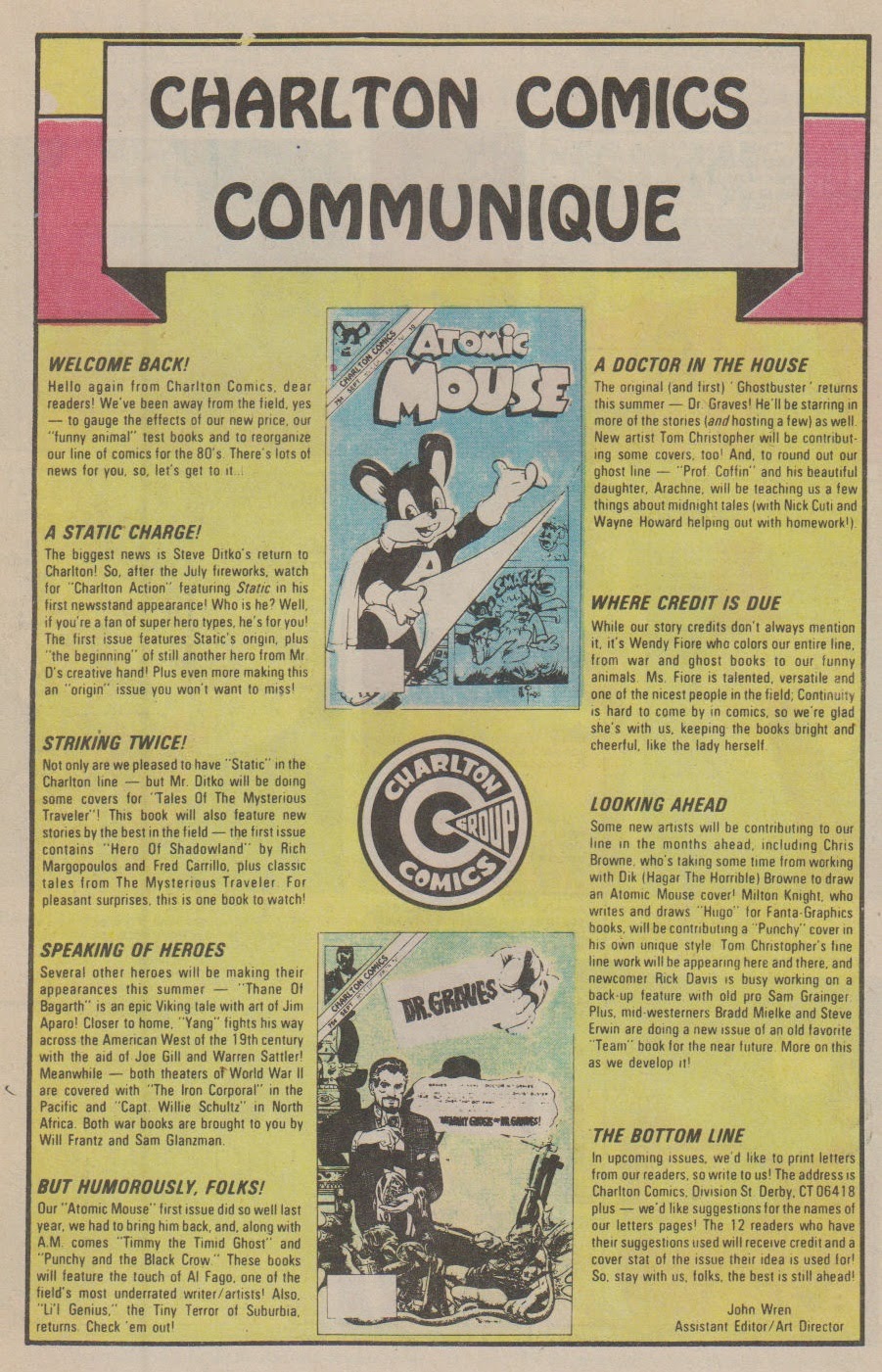 The next month Charlton would be back with a vengeance with the release of EIGHT more titles, which we will discuss in the next installment.