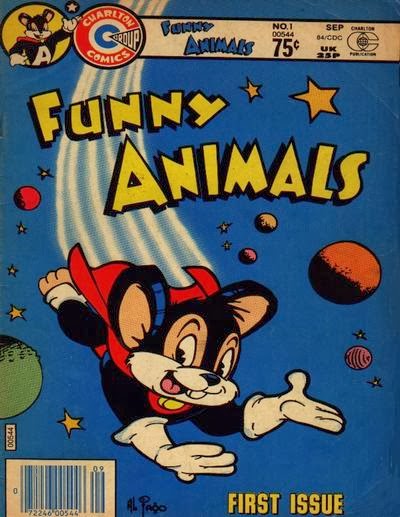 In September 1984 Charlton began to quietly formulate a new plan for their faltering comics line. This started with a switch to a higher grade paper, a price change from 60 cents to 75 cents and the introduction of a "funny animal" line of books.
This three month period would see the phasing out of all other titles , as they gauged the reaction and profitability of their new anthropomorphic titles.

The first of these was FUNNY ANIMALS #1, which consisted of reprints from 1950's stories from Tom Cat, Atomic Mouse, Funny Animals, and Zoo Funnies.This was nestled in with 5 other titles that month: Battlefield Action, Fightin' Army, Fightin' Marines, Ghost Manor , and Haunted.

November would see the output taken even lower with issue 2 of  FUNNY ANIMALS and a mere three other books:Battlefield Action, Fightin' Army, and Ghost Manor. 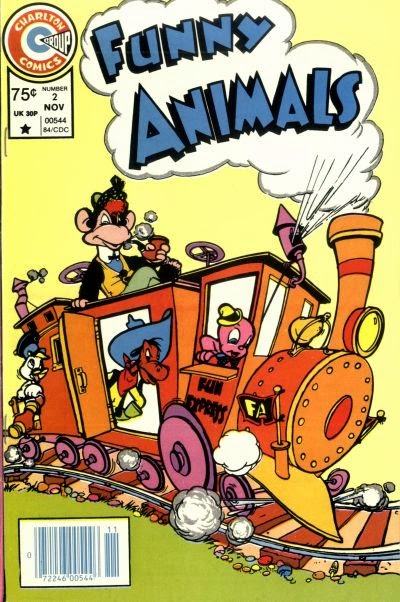 Finally, December would see just 2 titles that month. Gone was Funny Animals, and it's stead were ATOMIC MOUSE #1, and ZOO FUNNIES #1. 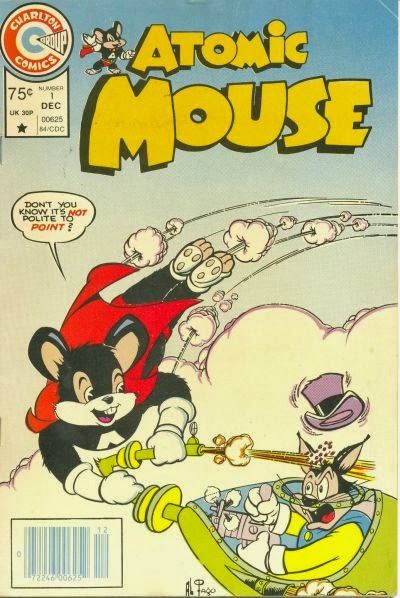 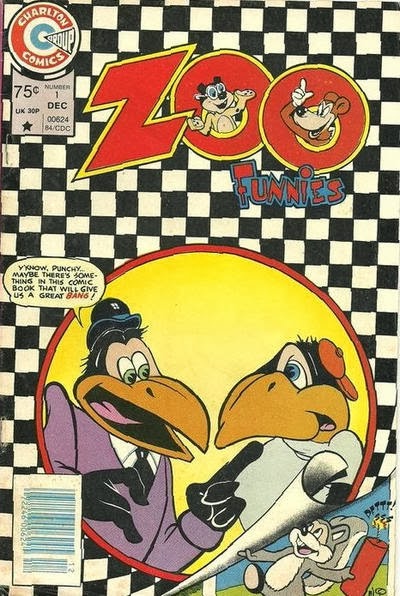 And then that was it. Charlton suspended all comics production for 9 entire months while they assessed the new price change, reaction to the funny animal books, and to overhaul their books with higher grade paper and inks. It would be not be until September of 1985 when the first new batch of 4 titles would appear. This was the beginning of the end for Charlton, but they no one knew it at the time.

In the next installment, we take a look at the relaunch and their grand visions of what they had planned.