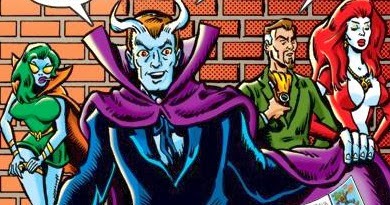 THE CHARLTON ARROW comic book/prozine is just around the corner. A 44 page full color mag featuring articles and all new comics stories with some of your favorite classic Charlton Comics characters.
Edited by myself, Mort Todd and Roger McKenzie and featuring art and stories by such legendary pros such as Paul Kupperberg, John Byrne, Joe Staton, Rick Stasi ,Sandy Carruthers and more as (well as Mort and Roger, too!)
Full details, along with a preview, are forthcoming later next week, so be sure to check back!

To compliment the release of this new book,we have put together a limited edition trading card set, with 24 cards-- 16 in black and white, 8 in full color.
Limited to 250 sets and to 75 sets of uncut sheets, with signed & numbered certificates of authenticity.
The fronts feature art by well known pros such as Batton Lash,Will Meugniot, Chris Ecker, Matthew Hansel, Stephen DeSetfano, Darren Goodheart and more, along with entries by some newcomers as well.
The backs feature information background on each character. This is the first of two sets, with series two coming later this year.
Take a look at the animated GIFS below for a preview of these wonderful cards:

To find out more, and to order click this link here: CHARLTON ARROW TRADING CARDS