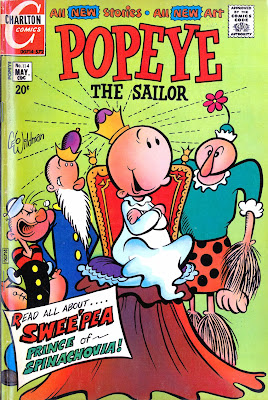 Swee'Pea gets a charming 10 page retelling of sorts of his back-story in the cover feauture "How Prince Swee'pea  Came From Spinachovia". I found the scene in which they play a game of Monopoly especially funny for some reason.
After that, we're treated to four shorts, including one with Sappo, who was getting less and less exposure in the series by this point.
A few hit and misses, but over all a rather enjoyable issue,all wrapped up in a cover and interior art by George Wildman with writing by Nick Cuti. 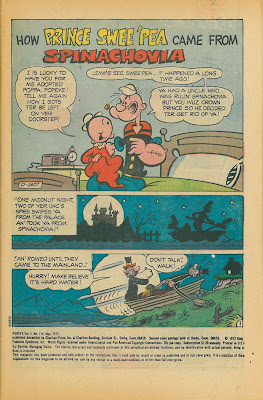 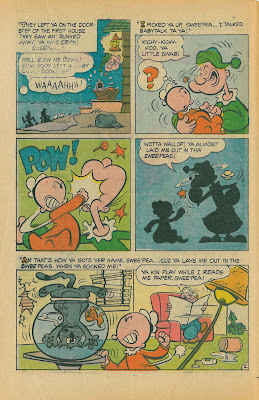 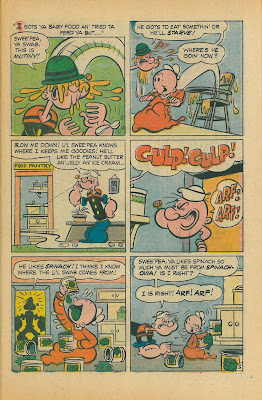 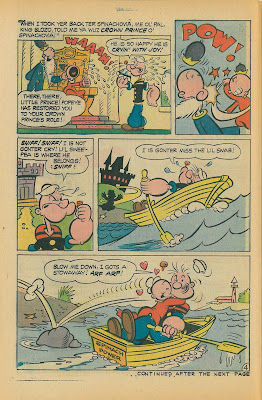 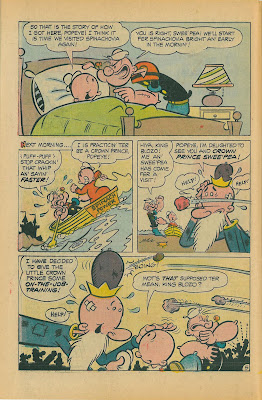 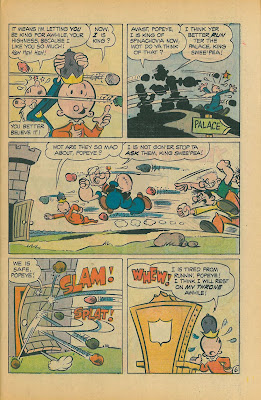 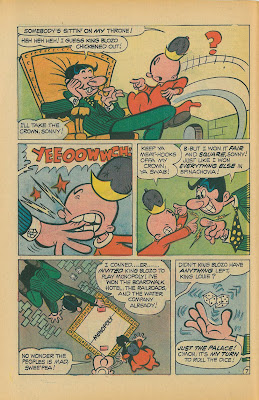 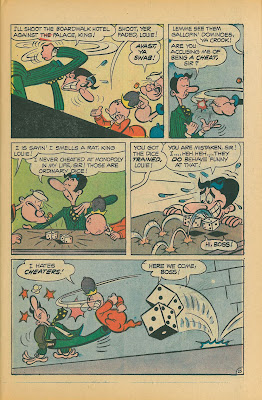 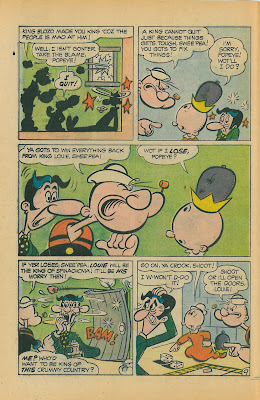 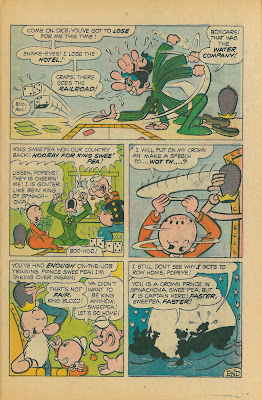 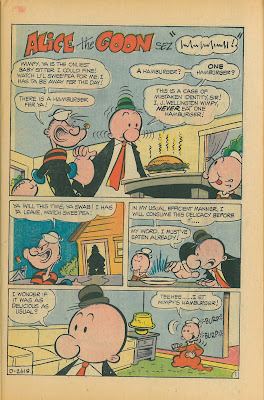 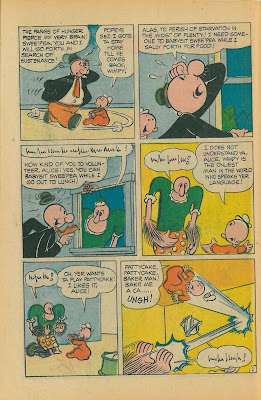 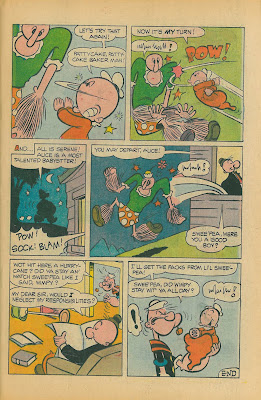 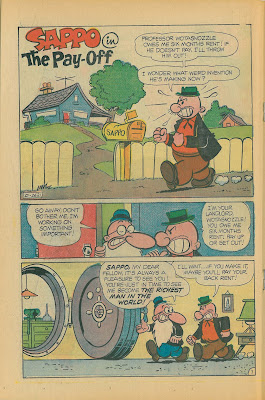 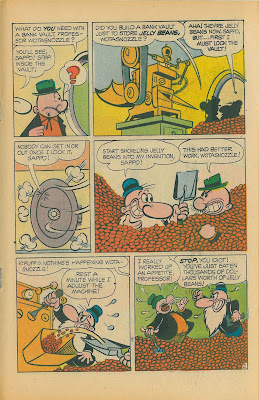 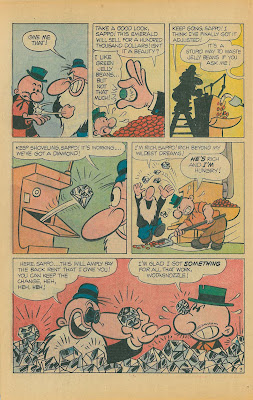 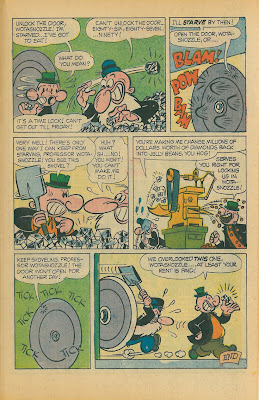 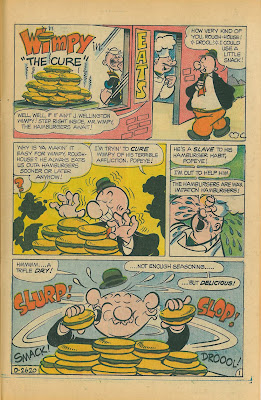 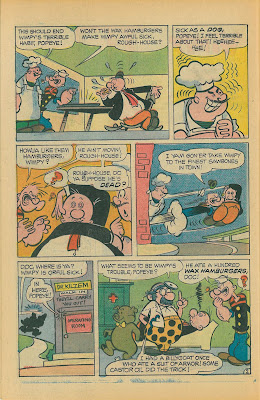 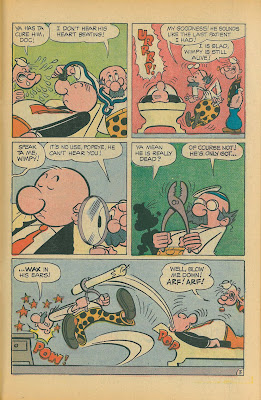 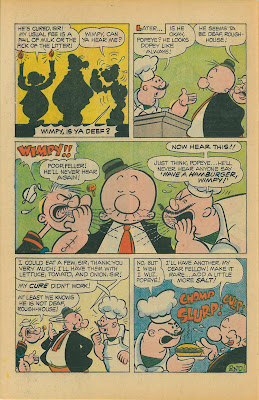 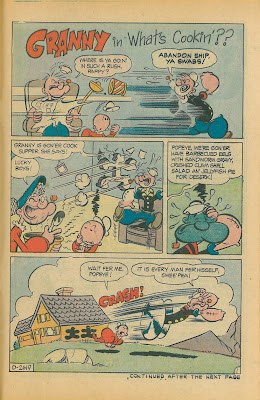 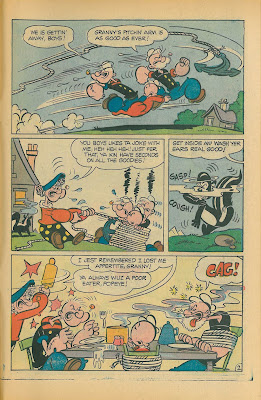 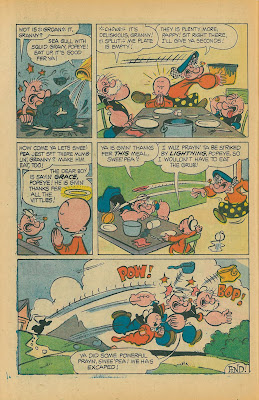