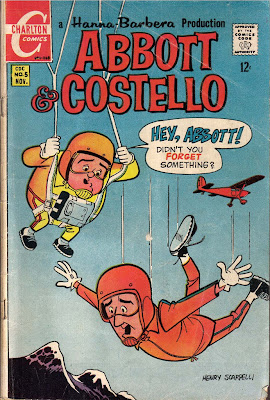 Based not on the films, but rather Hanna-Barbera's cartoon, ABBOTT AND COSTELLO ran for an impressive 22 issues, from 1968 to 1971.
This issue written entirely by Stephen Skeates has the usual A & C slapstick but also pokes fun at both the superhero genre and the current spy craze that was on TV. All the A&C portions, including the cover were drawn by Henry Scarpelli.
The real gem of this issue is part one of Skeates' "Little Orphan Riding Hood" with art by master humorist Grass Green and the impeccable inks of Ernie Bache.
According to Skeates in a comment on the Charlton facebook page,THE CHARLTON ARROW " It was originally done for an issue of Go-Go, but my references therewithin to the Viet Nam War were too controversial for the time! It was held onto until the war was closer to being over and nobody much was really into it anymore!--
I was quite upset when it didn't get into Go-Go and happy as all get-out when it finally got published!! For one thing, I finally got to see the great work Grass and Ernie did artwise!" 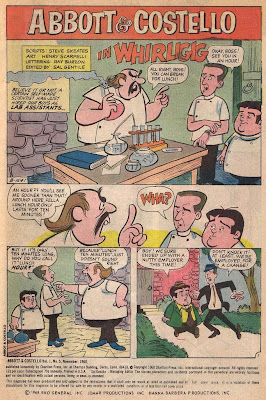 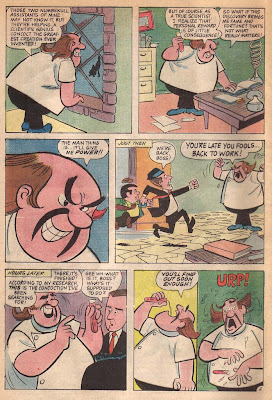 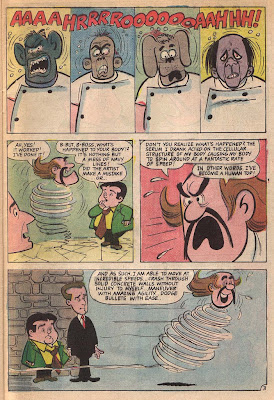 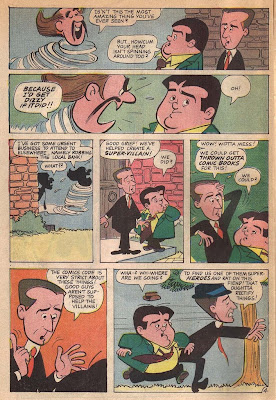 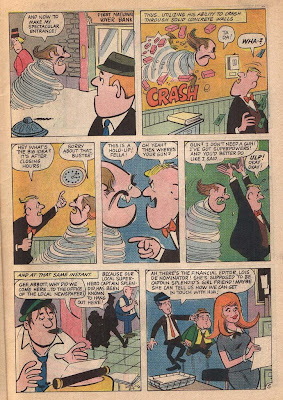 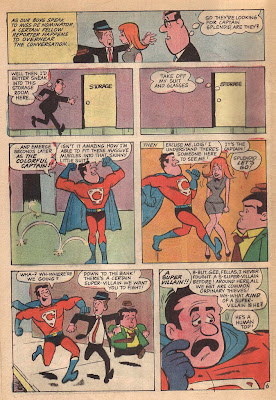 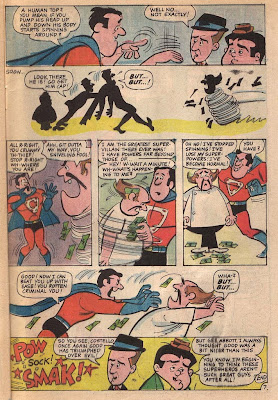 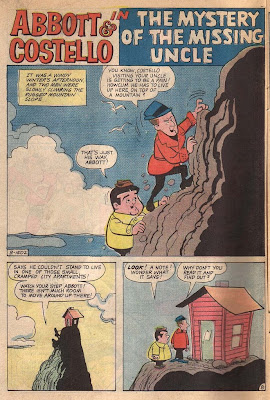 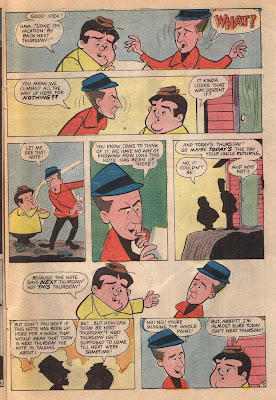 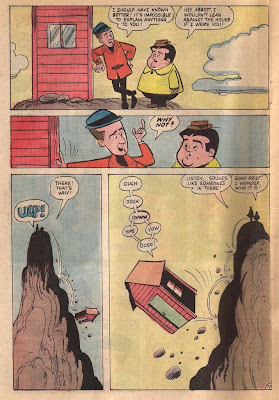 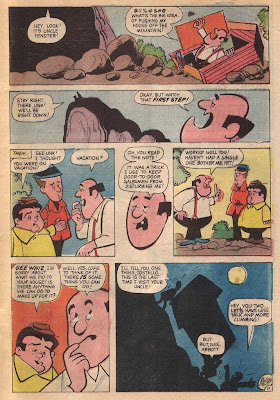 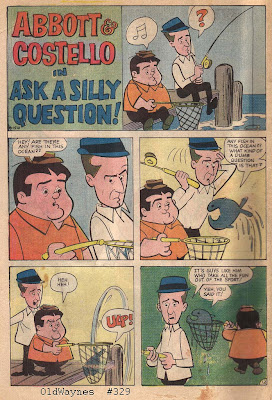 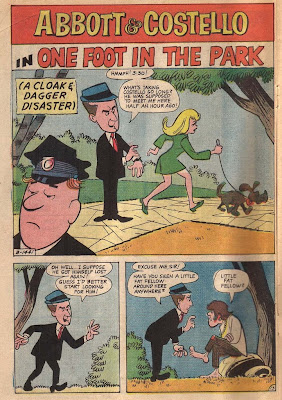 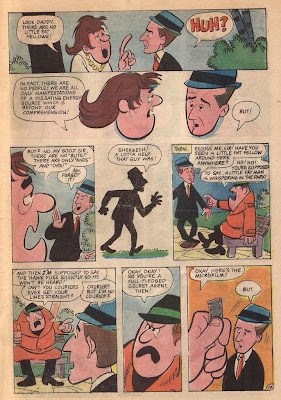 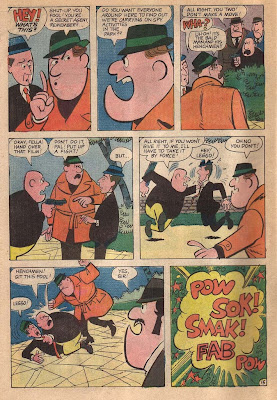 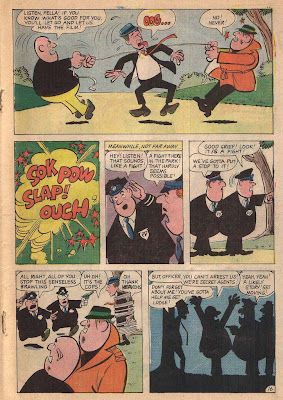 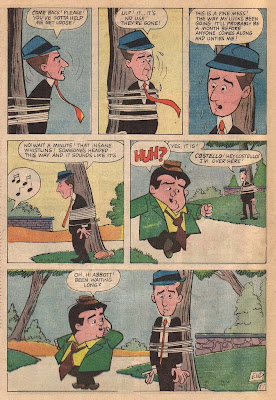 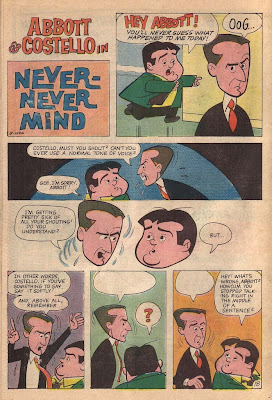 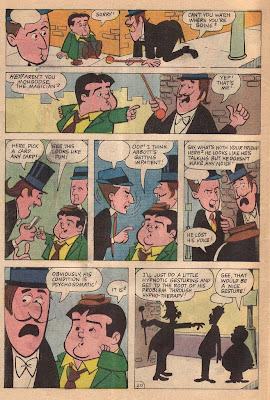 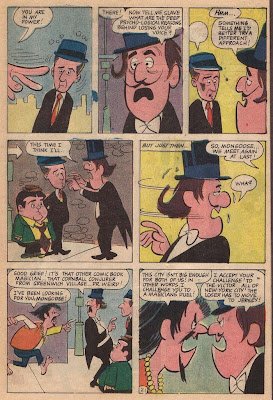 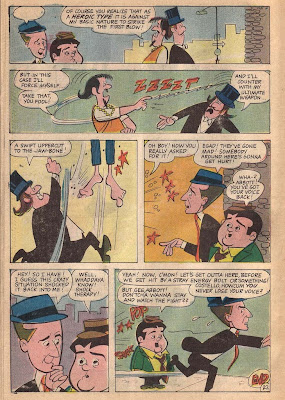 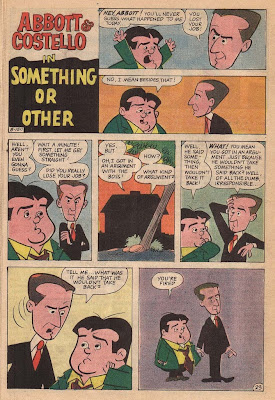 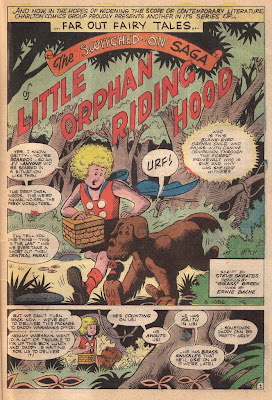 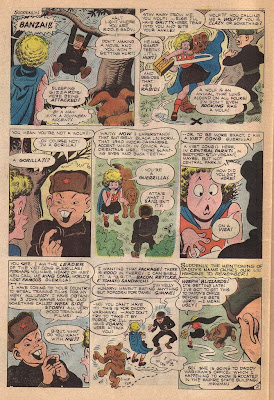 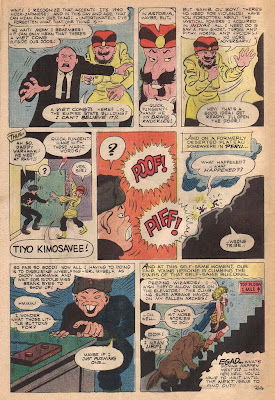