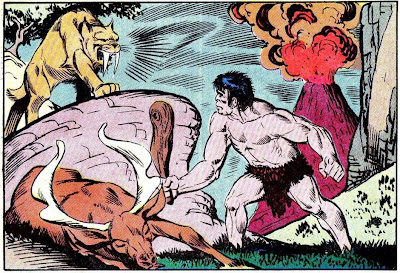 Part Four of KONGA Month,with another Ditko 3 page back-up. This one, from issue #8, tells of man's ability to adapt and evolve to rise to the top of the food chain.
The caption in the final panel assures the reader that humankind will prevail against whatever it comes up against.
However, Ditko's art tells us an entirely different story. A family watches as an atomic bomb detonates in the distance. The father has his eyes closed in silent contemplation and resignation, his arm around his family giving them one final gesture of reassurance. The mother looks on in abject horror, while the baby cries, perhaps giving voice to the millions of lives being snuffed out at that very instant. 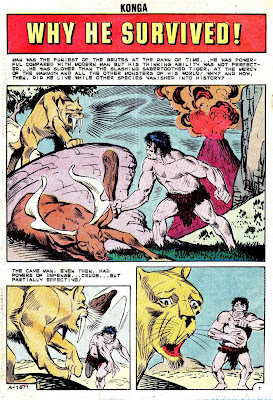 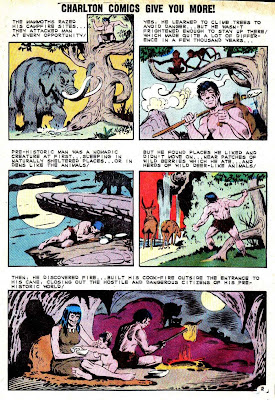 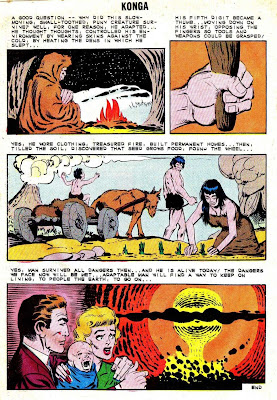 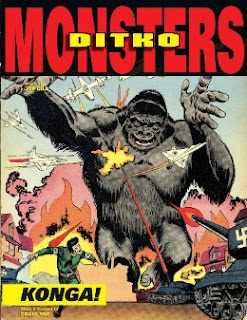