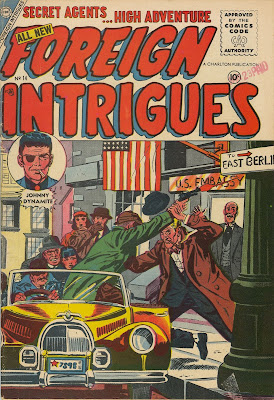 FOREIGN INTRIGUES lasted a mere two issues, and even then they were published 5 months apart (despite the title being listed as bi-monthly in the indicia). The "Red Scare" was in full force, the Space Age was just beginning, and everyone trusted no one: your neighbor could be a --gasp!-- commie!
Both issues contain stories featuring Johnny Dynamite. Here he is drawn not by artist and cocreator Pete Morisi, but by what appears to be Rocco Mastroserio (this observation is also held by comics art historian Nick Caputo).
The other stories contained whithin (and the cover) are by Bill Molno, delivering some of his better work of the 50's.
Finally, the issue wraps up with a one pager of Trudy,very out of place within the context of the book, with art believed to be by Casmir. 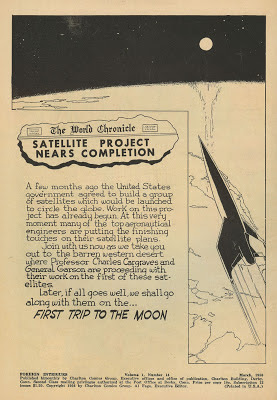 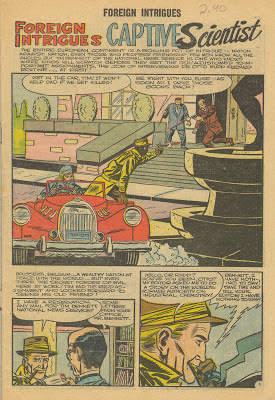 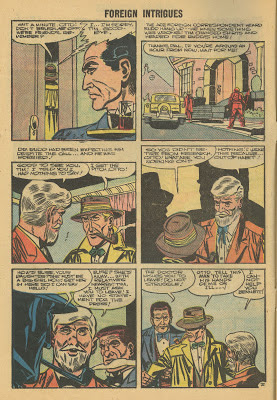 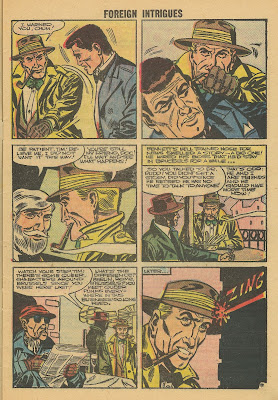 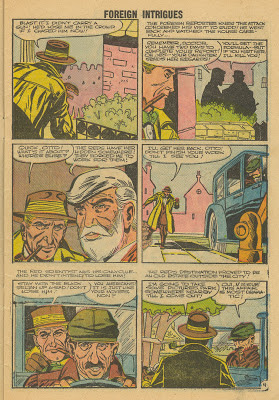 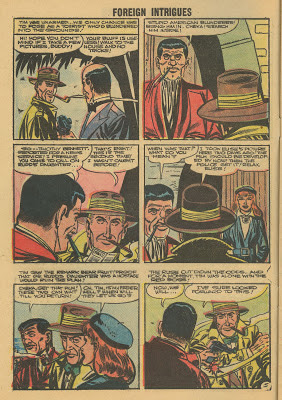 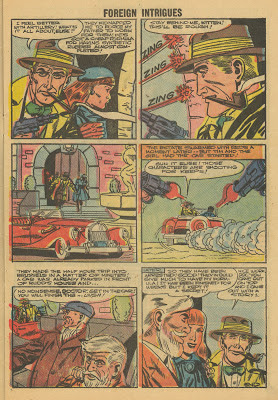 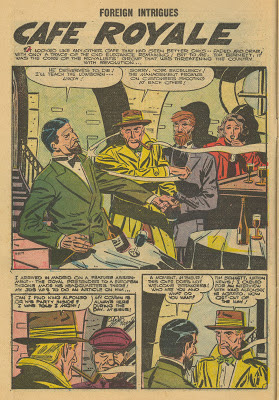 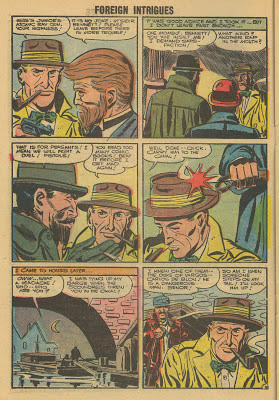 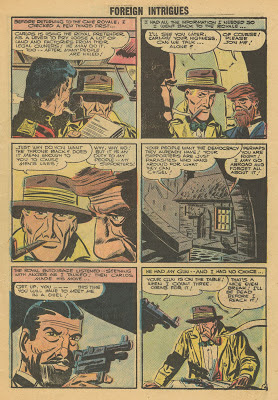 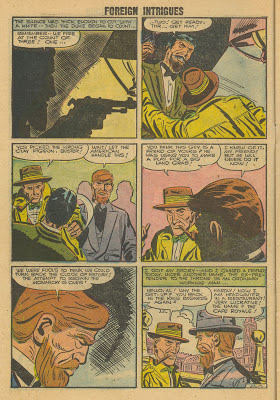 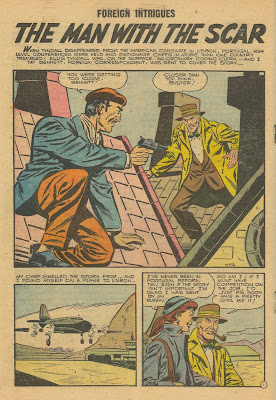 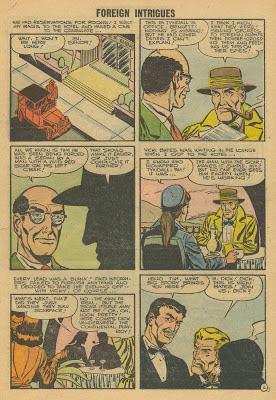 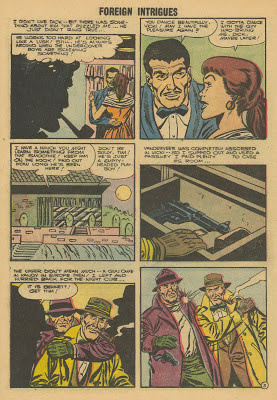 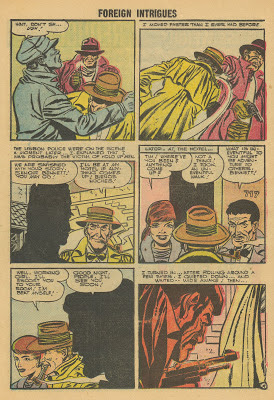 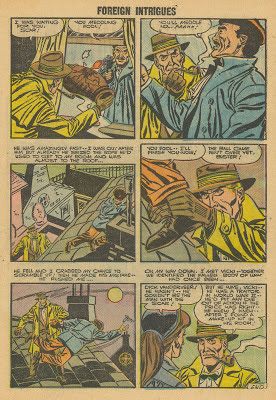 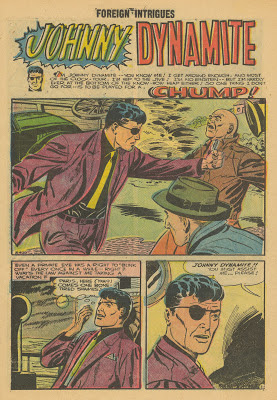 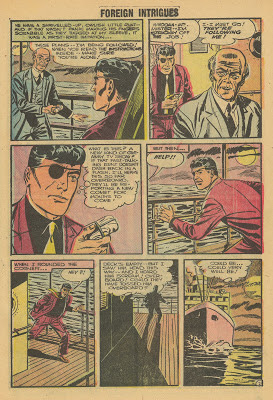 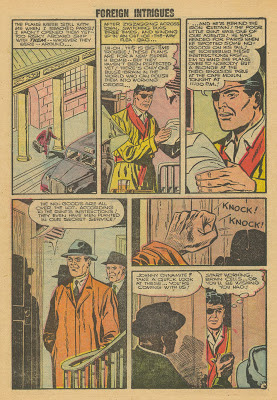 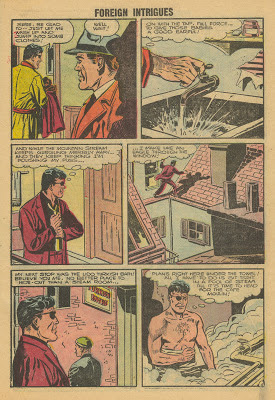 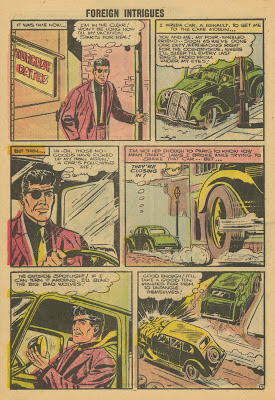 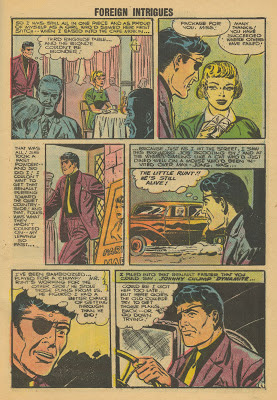 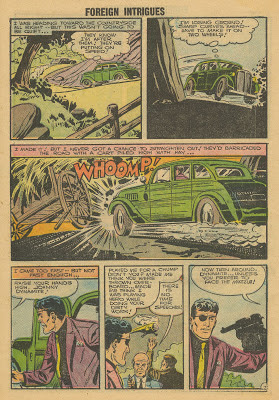 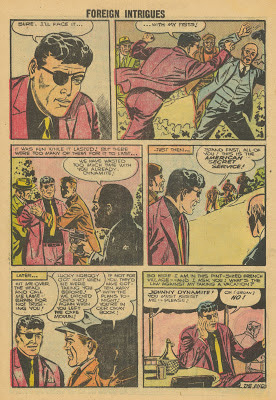 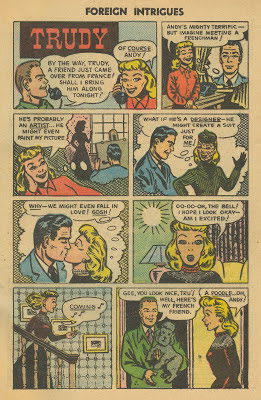