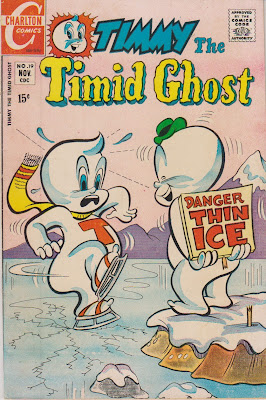 Created and originally written and drawn by Al Fago, Timmy The Timid Ghost had a rather long tenure at Charlton; longer than most other characters, in fact.

The first series ran for an impressive eight years, February 1956 to October 1964, then oddly two years later the 45th and final issue was published in September of 1966.
During that time a premium/give-away version with different covers ran for 17 issues from 1959 to 1960.

Along with his own title Timmy was a regular feature in many of the humor and funny animal comics of the 50's and 60's, and even popped up a few times in their non-humor books as well, a testament to his popularity at the time.

The final issue of the first series in 1966 must have been relatively successful, as the title was revived just thirteen months later, with numbering beginning at #1 again,in October 1967 and would run for nearly four more years, ending in July 1971 with issue #23.

When Charlton began their last attempt at a return to comics  Timmy was back with three issues of reprints, numbering continuing with #24, September 1985, to #26 January 1986.

There are no credits listed, but it seems to be George Wildman in a rare instance of unsigned pages and cover. 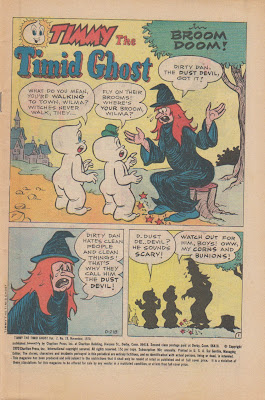 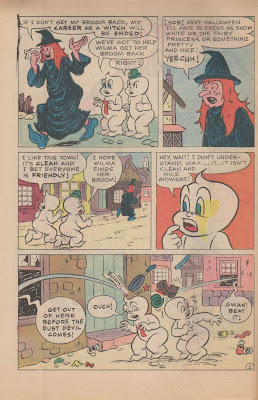 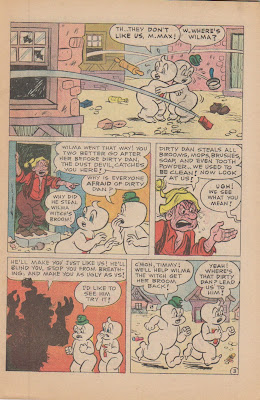 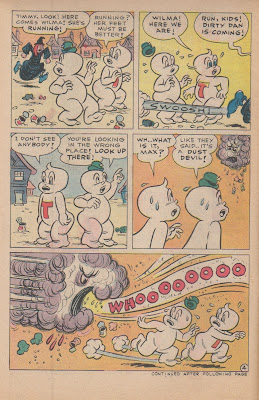 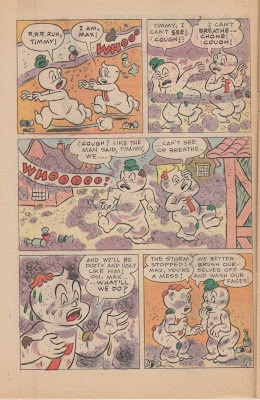 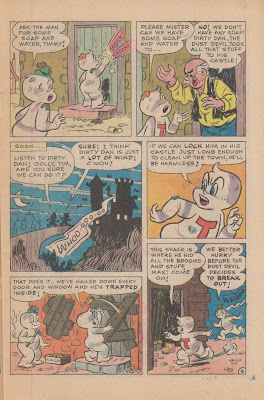 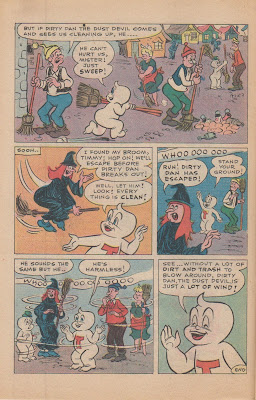 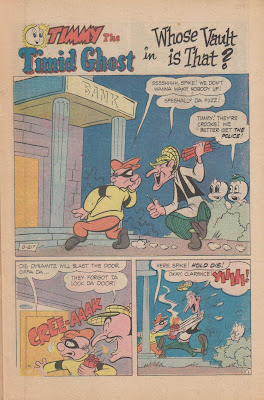 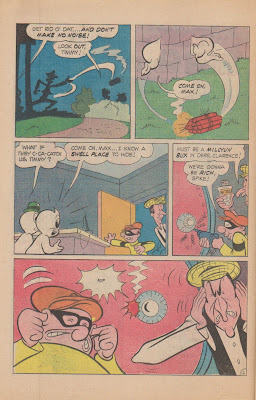 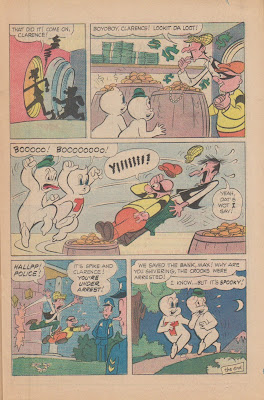 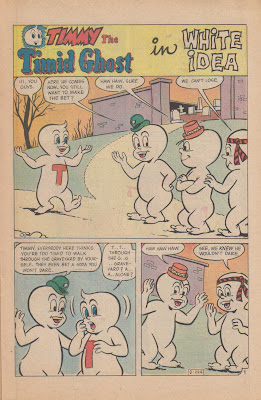 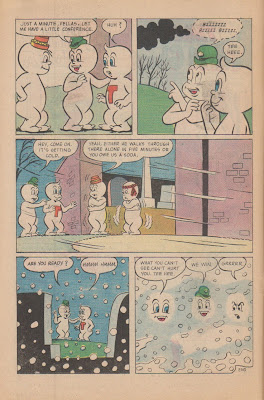 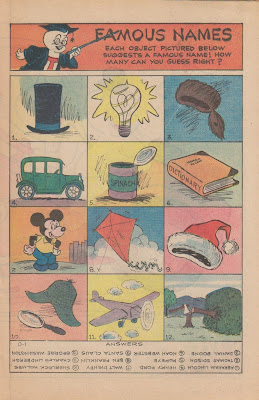 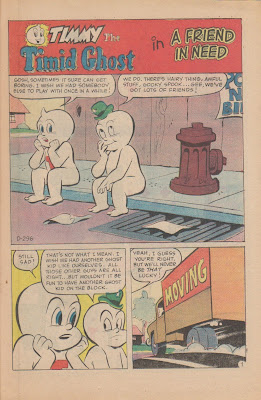 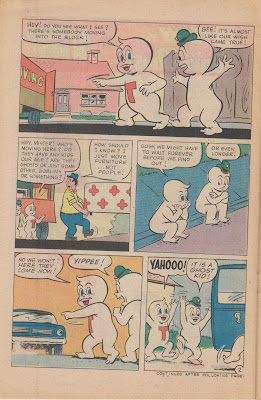 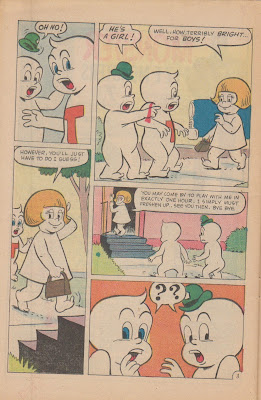 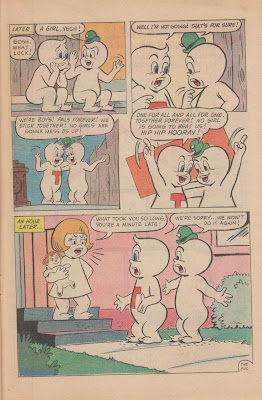 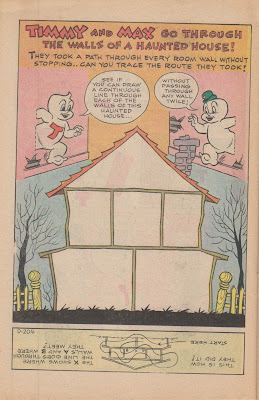 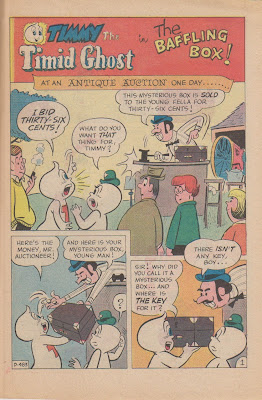 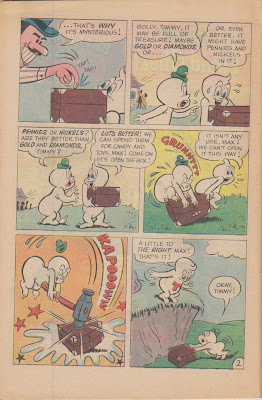 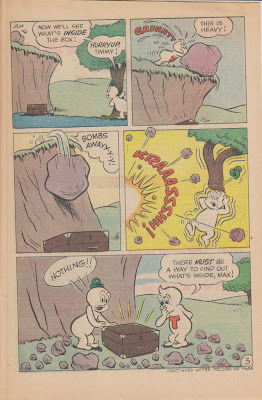 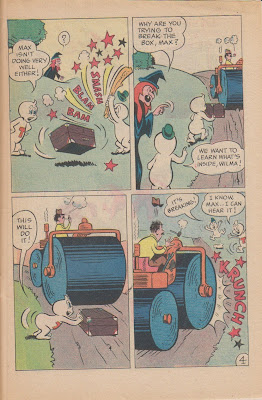 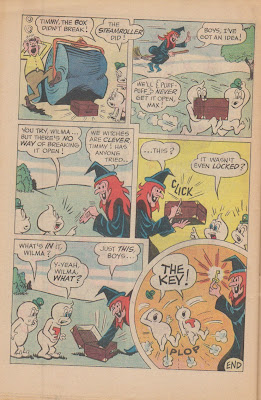 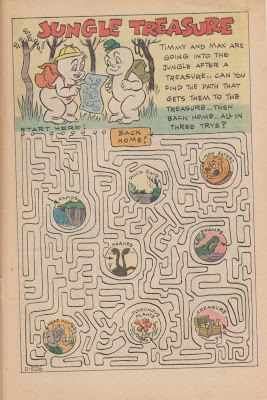 Email ThisBlogThis!Share to TwitterShare to FacebookShare to Pinterest
Labels: Timmy The Timid Ghost